In Rotterdam Harbour a series of Rapid Load Tests (RLT) has been executed on precast concrete piles that were instrumented with optical fibres (FBG). The same piles had been subjected to Static Load Tests (SLT) a couple of weeks earlier. The results of these static load tests were presented and discussed at the ECSMGE conference in Reykjavik in 2019 [2]. The Rapid Load Tests have been performed in order to (a) test feasibility of fibre optics for capturing strain data at the high sample rate required for Rapid Load Testing, (b) use the opportunity to be able to distinguish the contributions of toe resistance and shaft friction (per layer) during a Rapid Load Test and (c) check and establish the correlation between results of Rapid Load Testing and Static Load Testing, including a break down between the soil layers contributing to toe resistance (only sand) and the soil layers contributing to shaft friction (dominated by stiff clay).
In international codes and guidelines, the correlation between Rapid Load Testing and static pile behaviour is accounted for by applying the so-called loading rate factor on the results. For piles in rock and granular soils this loading rate factor is pretty well known, but for piles in cohesive soils this correlation is less conclusive and subject to a larger variation. This paper discusses the comparison of results of RLT and SLT and the soil dependent loading rate factor that could be derived from the tests.

You can download the entire article here after entering your name and e-mail address: 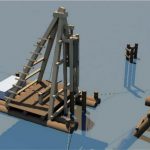 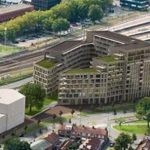