Professionals with decades of worldwide experience

Allnamics is a group of experts in the field of geology, geotechnics and foundation engineering. They can act as consultants or actually perform pile testing and geotechnical monitoring, both onshore as offshore.
If you feel we can support you or your organization, please do contact us.

The history of Allnamics goes back to the 1970s when the oil was discovered in the North Sea. When huge structures were built and subsequently placed on the sea bed the need arose to check the foundations.. This is when Peter Middendorp and Marcel Bielefeld, both working for TNO Building and Construction Research Institute at the time, laid the foundation of what is now Allnamics.

Allnamics itself was founded in 2011 by 5 experienced engineers in the field of pile testing, geotechnical monitoring and soil mechanics, and this team continues to increase in size as Allnamics expands its operations.

In 2012 a state-of-the-art wireless monitoring system, the PDR, was developed.. With products like the PDR as well as other advanced monitoring equipment, and detailed knowledge of all types of pile testing techniques, the ever expanding team of highly educated, yet practical experts of Allnamics is ready to support and assist our clients around the world.

Allnamics is working from various offices around the world: in The Netherlands (both in The Hague and Amsterdam), Singapore, the USA and most recently also in Spain.  In addition Allnamics is cooperating with agents and representatives in many other countries in the fields of  geology, geotechnics, soil mechanics as well as foundation engineering and testing.

Allnamics is working from their world wide offices, in The Netherlands in The Hague and Amsterdam, and in Singapore, USA and Spain. Allnamics is commercially working together with agents and representatives in many countries in the field of pile tests and geology, geotechnics, soil mechanics and foundation engineering.

At Allnamics, experienced experts are working. Experts in the field of geology, geotechnics and foundation engineering. If you need some advice, please do contact one of our experts.

Do you like the scope of work of Allnamics as well? And want to be part of our team? Contact us, and we can see if you fit in our team as well. Contact Marcel Bielefeld at bielefeld@allnamics.com

Allnamics is always looking for new talents. So, if you like the work we do, and see yourself adding your skills to our (international) team, don’t hesitate to contact us. Contact Marcel Bielefeld at bielefeld@allnamics.com 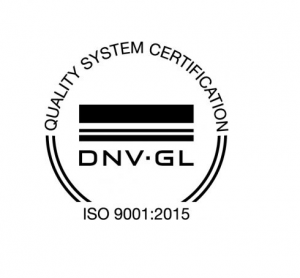 Allnamics works at high quality and performance standards. Audits of independent auditors have proven that. As proof we present the ISO9001 Quality Certificate.

Allnamics ensures that your personal data is managed safely. That is why cookies make limited use in this website. If you want to delete your name and E-mail address from our database, please let us know. Otherwise, your data will automatically be deleted 10 years after the last contact. Read our cookie policy and our privacy statement here.