In October 2014 Allnamics performed PDA and DLT on test piles for the foundations of two wind turbines near Urk in The Netherlands.

The PDA was performed with Allnamics’ wireless PDR, which allowed for registration and recording of all relevant hammer blow data, such as the transferred energy, the stresses in the pile and the dynamic pile resistance.

The end-of-drive data for each test pile were analyzed using Allnamics AllWave-DLT signal matching software to determine the lower limit of the static pile resistance. 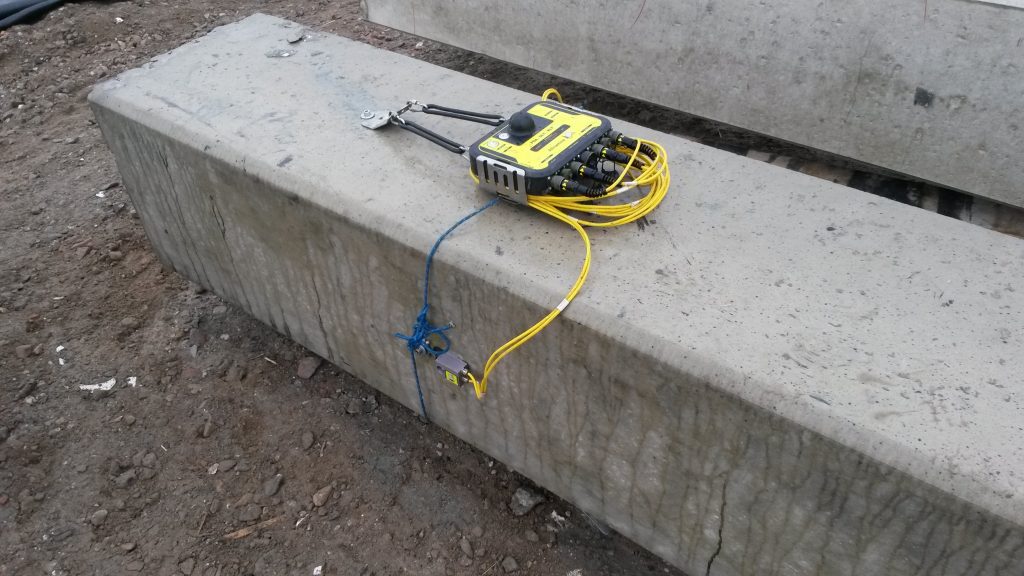 Foto 1 : PDR and the combined sensors mounted on the pile 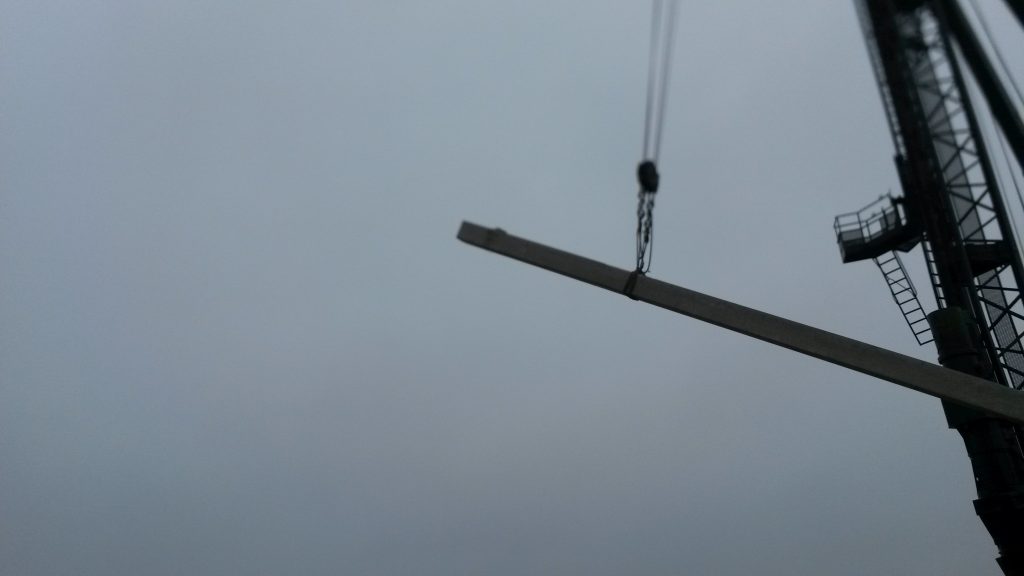 Foto 2 : No problems with cables during lifting :-). 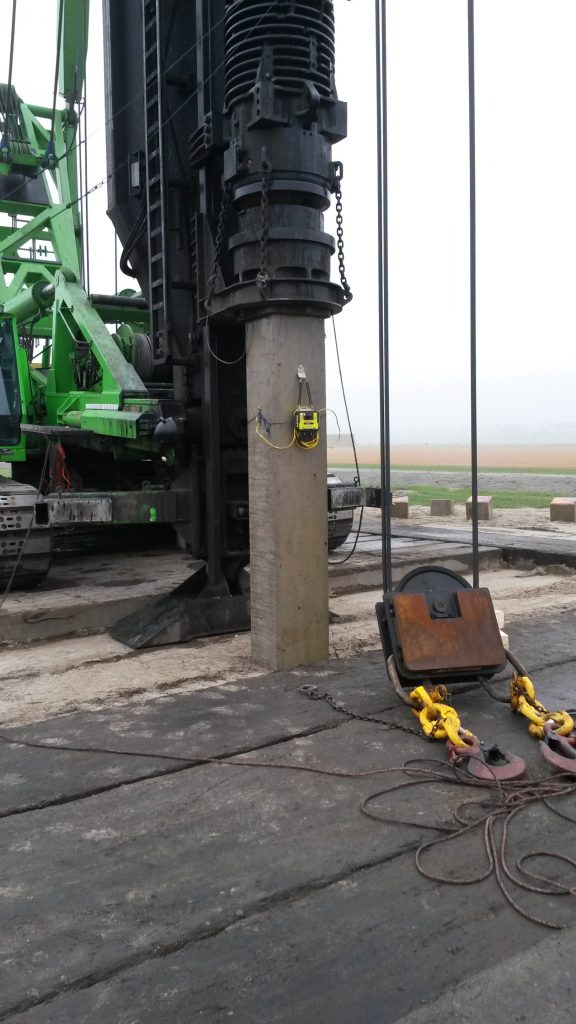 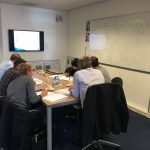 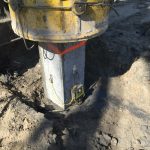