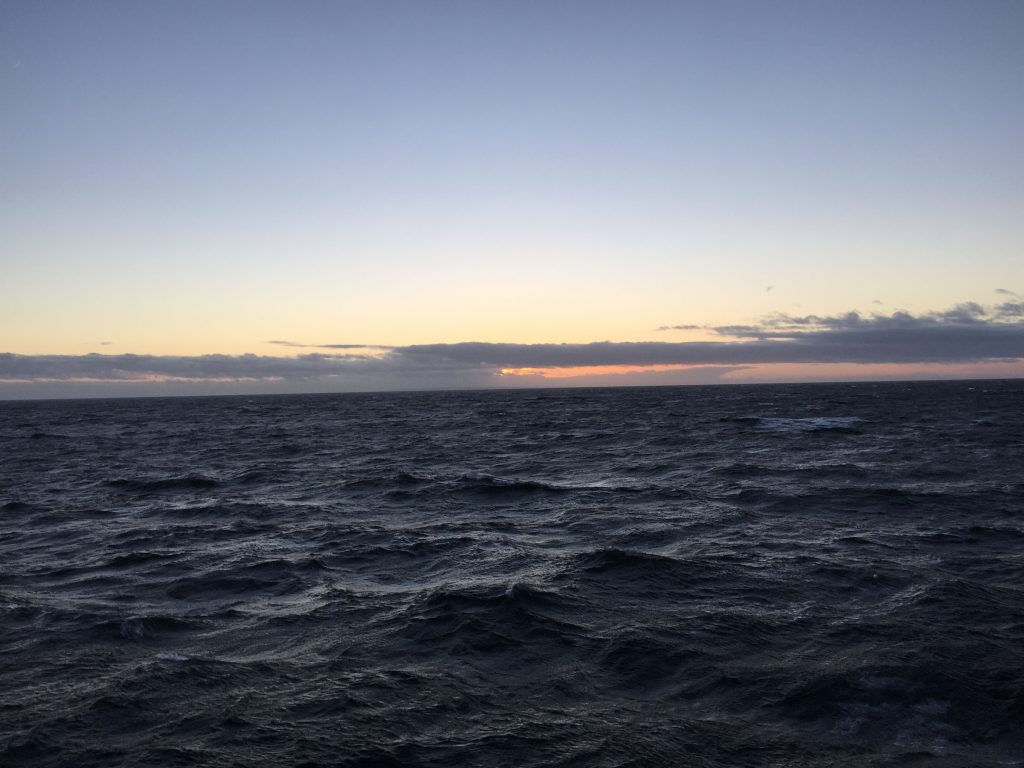 Overview of the test location

To optimize and certify the final design of the Wikinger Offshore Wind Farm (OWF) in the Baltic Sea near the German island of Ruegen, the project owner, Iberdrola Renewables, initiated a test program, whereby test piles were installed at the planned location of 3 wind turbines in 40 meter deep water.

During the first phase the test piles were driven into the sea floor as Pile Driving Analysis (PDA) measurements were taken using underwater sensors.  In addition signal matching was applied on the measurements during the final hammer blow to predict the mobilized static bearing capacity of each pile.

After a set-up period of approx. 13 weeks the second phase took place, during which at each location one test pile was subjected to a static tensile load test (up to 15 MN) while the other pile was subjected to a high strain dynamic test.  For the latter signal matching was applied on the first restrike to predict the mobilized static bearing capacity (incl. the set-up).

Among the many project challenges two must be mentioned:

First of all there was the design and construction of an assembly to perform static load tests under water.  In a joint effort between the construction contractor Bilfinger Marine & Offshore, engineering firm Fichtner Wind & Water, the Norwegian Geotechnical Institute NGI and Allnamics a practical, innovative and re-useable assembly was developed that can be installed from the vessel deck without diver intervention.

Secondly the underwater sensors had to remain functional for at least 3 month in salt water at a water depth of 40 meters (so they could be used during the second phase).  The sensors supplied by Allnamics all met this challenge.  Apart from supplying the sensors Allnamics was also contracted by Bilfinger to perform and evaluate the static and dynamic load tests of the test piles.  These tests were performed using the PDR, a state-of-the-art multi-purpose monitoring system that can also be used for Rapid Load Testing.

For more details about this project see below pictures and a movie made by SAL Offshore, and in case you would like to have more information on the PDR or underwater testing, please feel free to contact us. 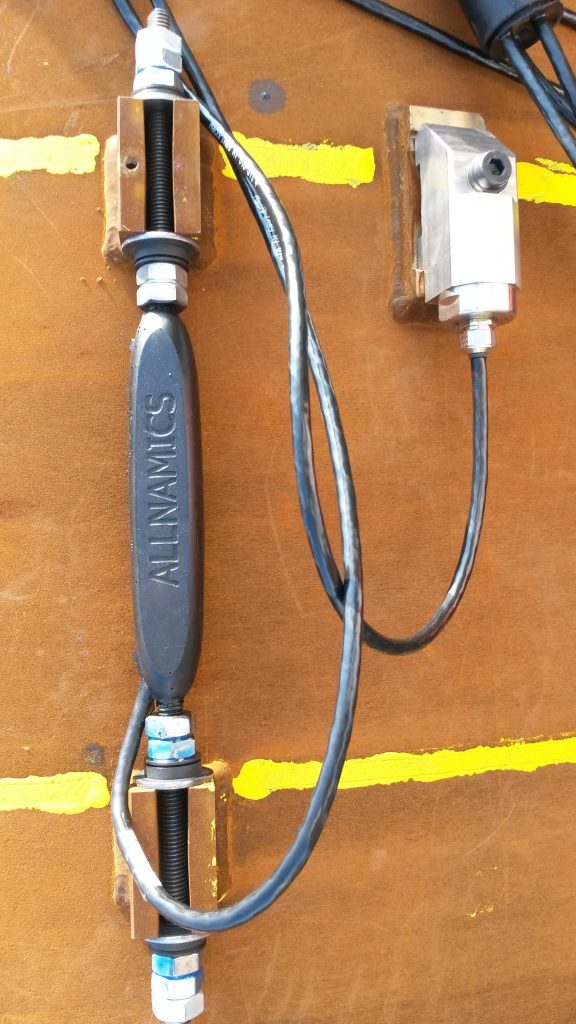 Photo 1 : The Under Water sensors on the pile. 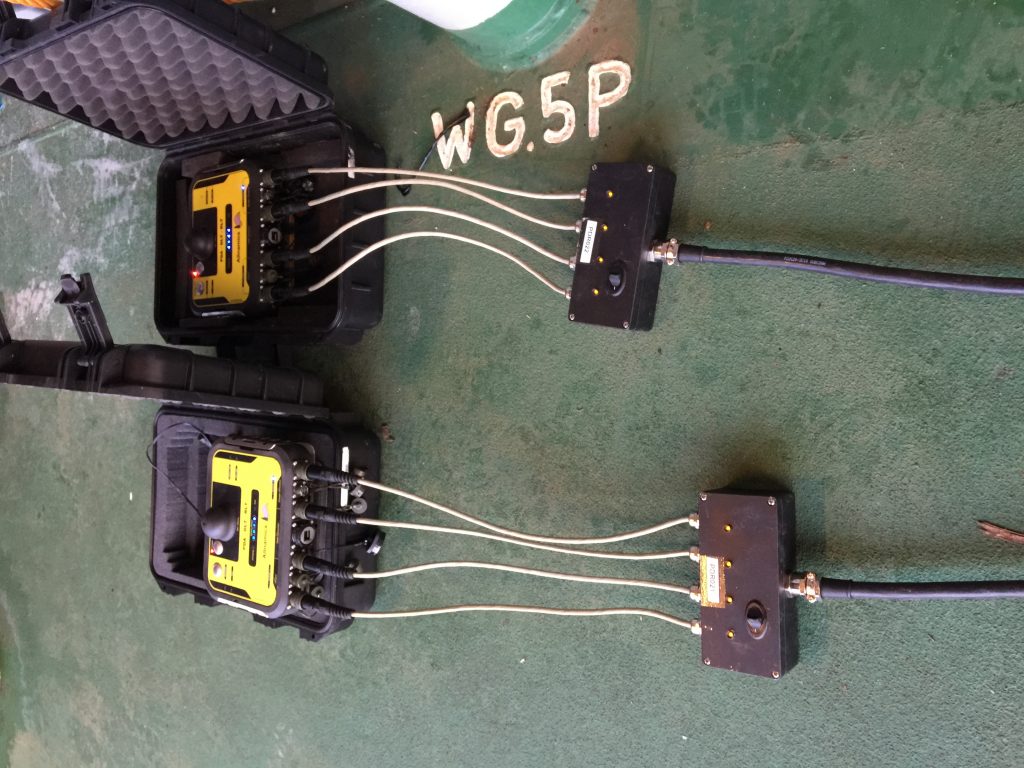 Photo 2 : Connecting sensors on the PDR 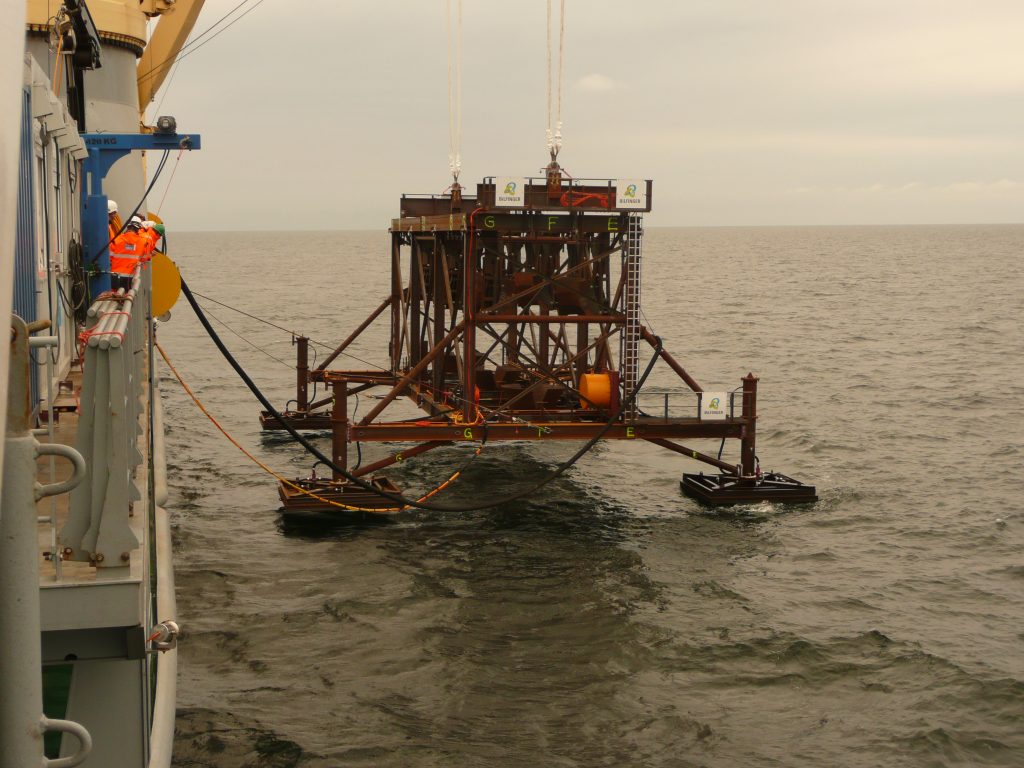 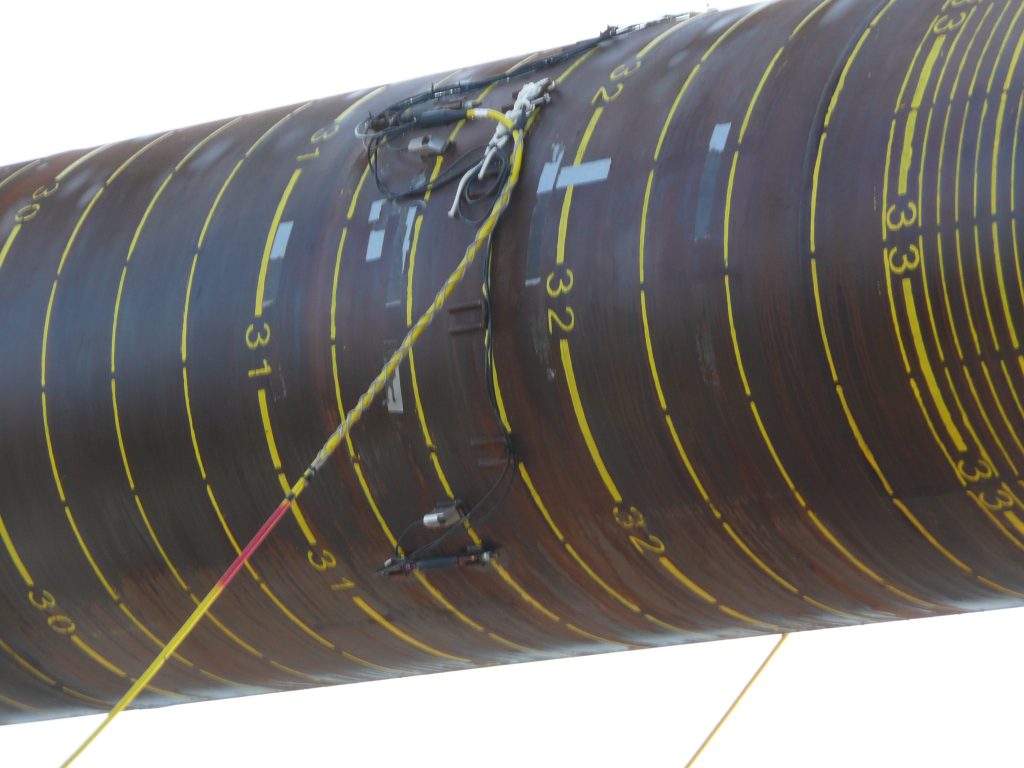 Photo 4 : Pile with sensorsets at the start of lifting 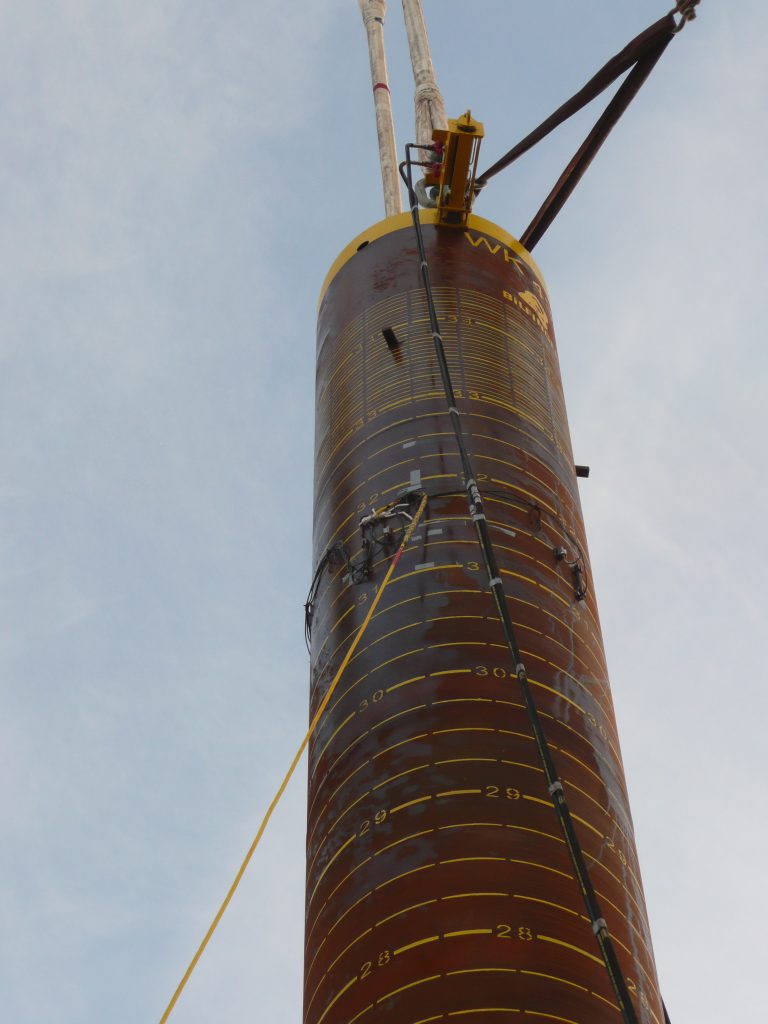 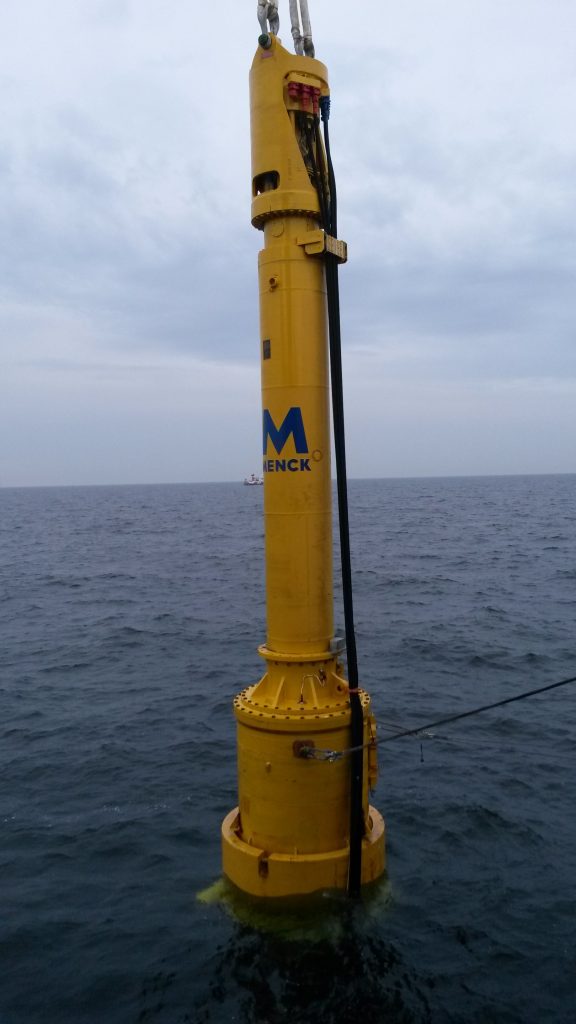 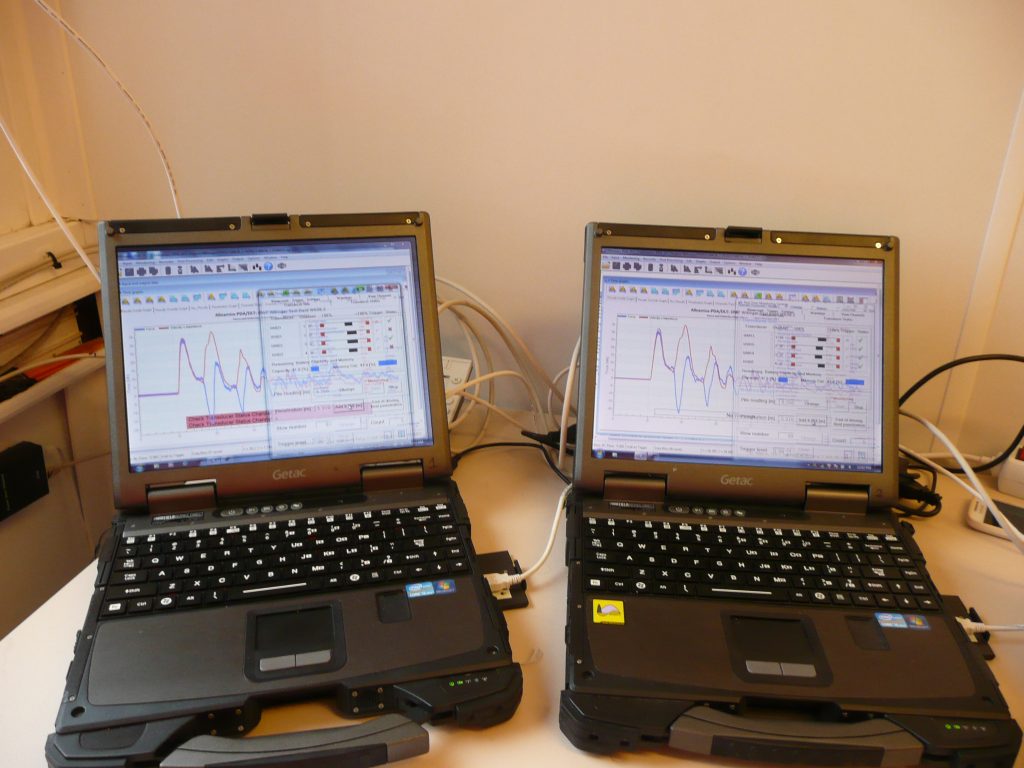 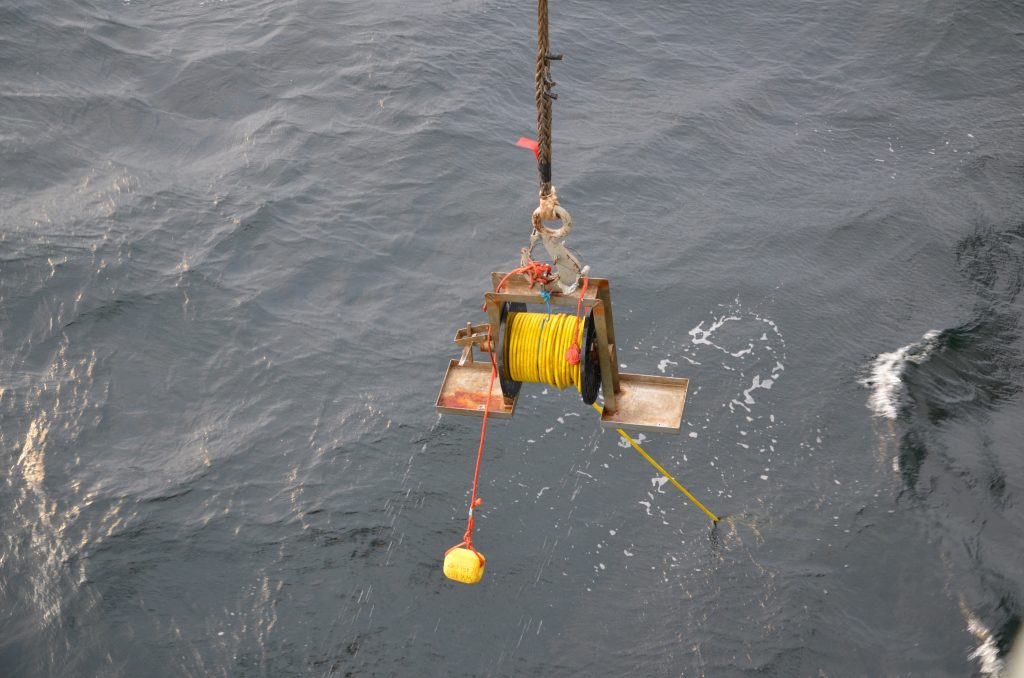 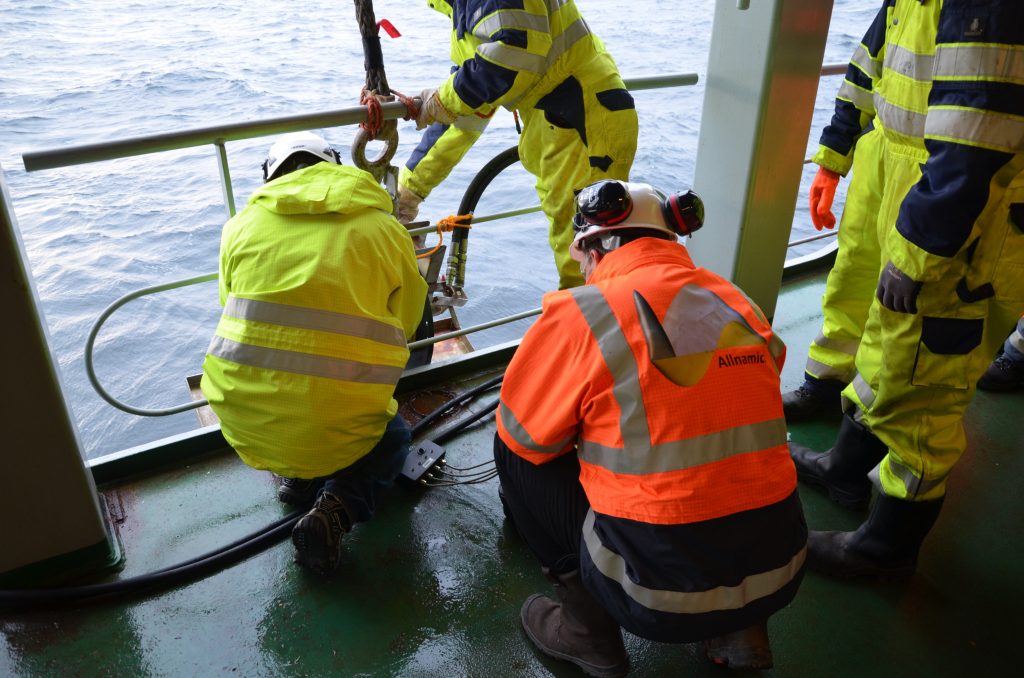 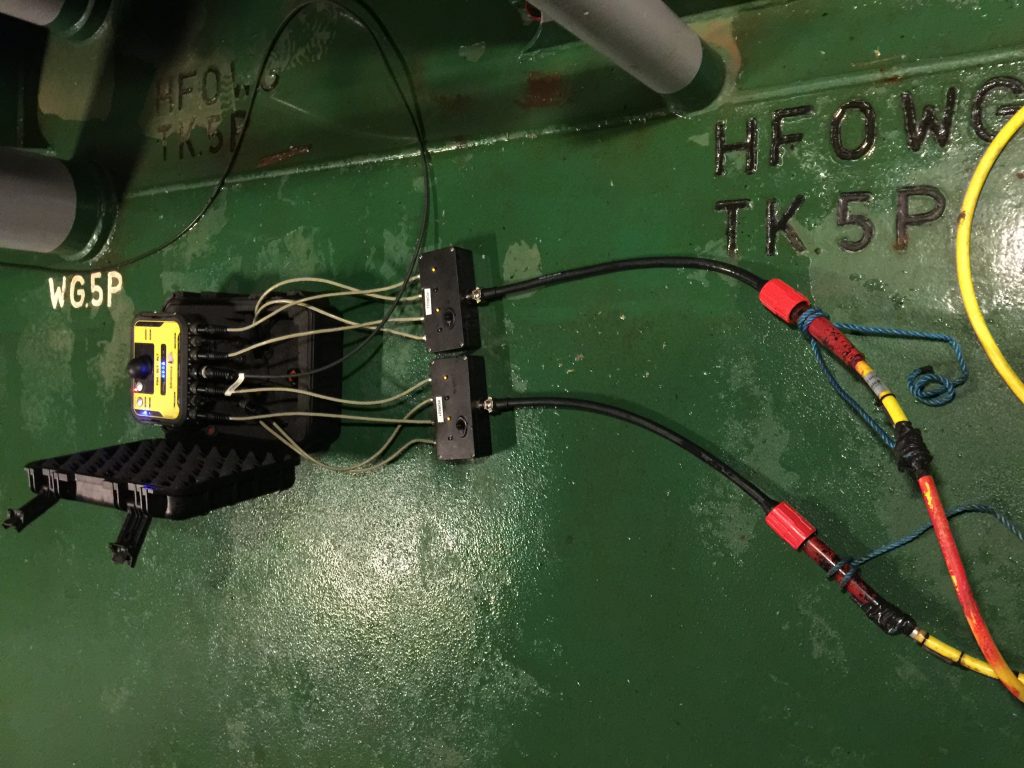 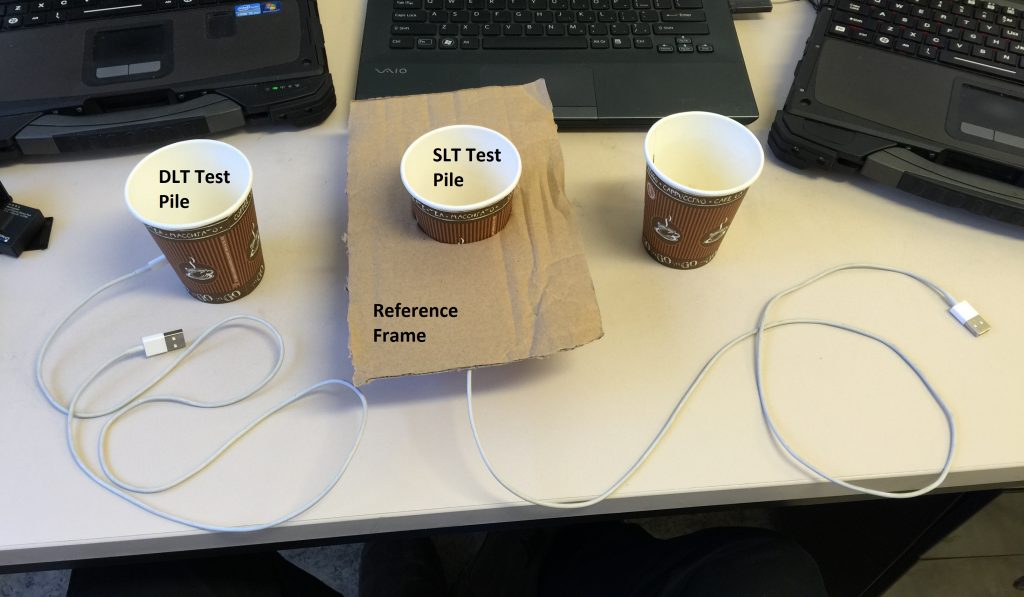 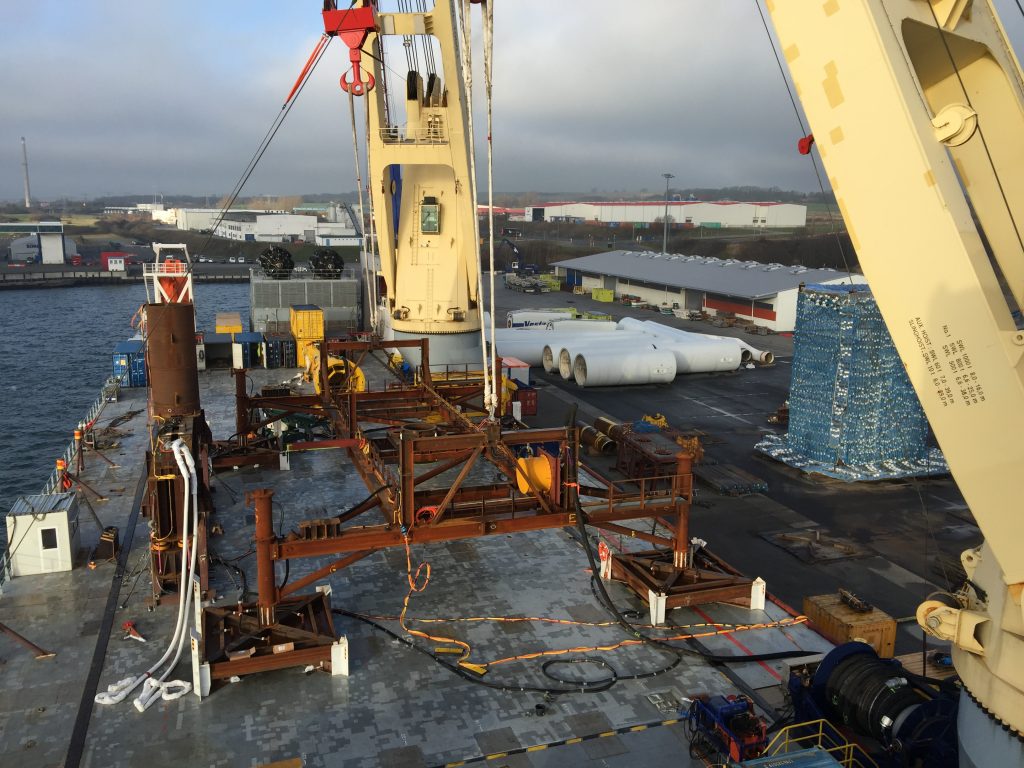 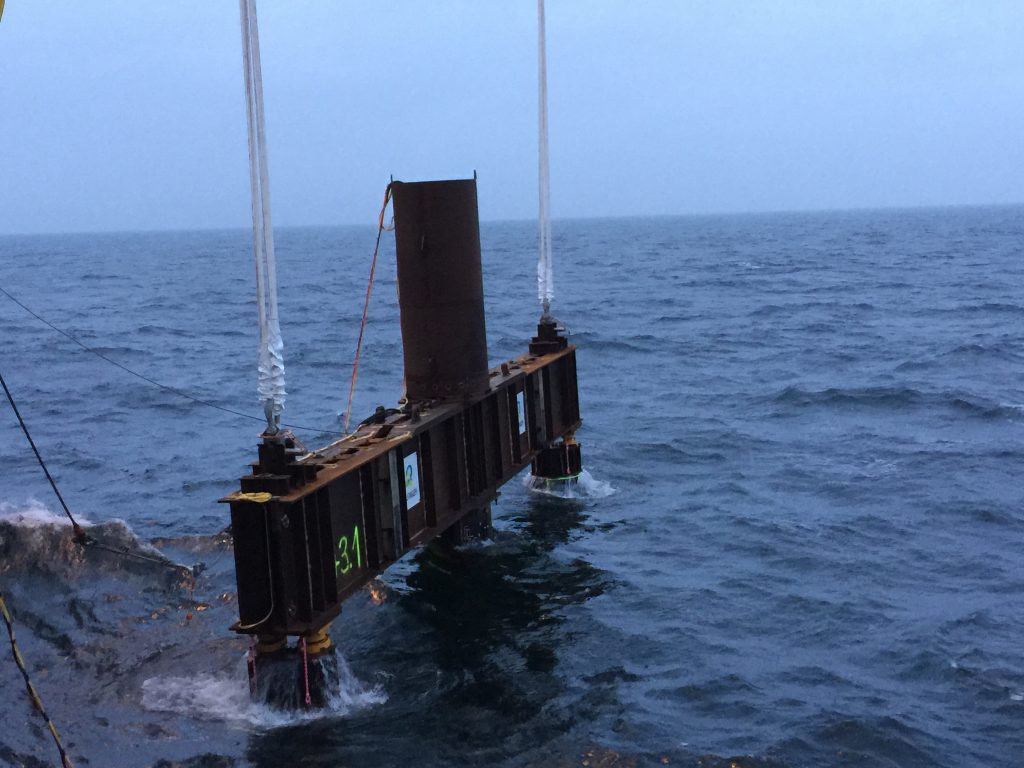 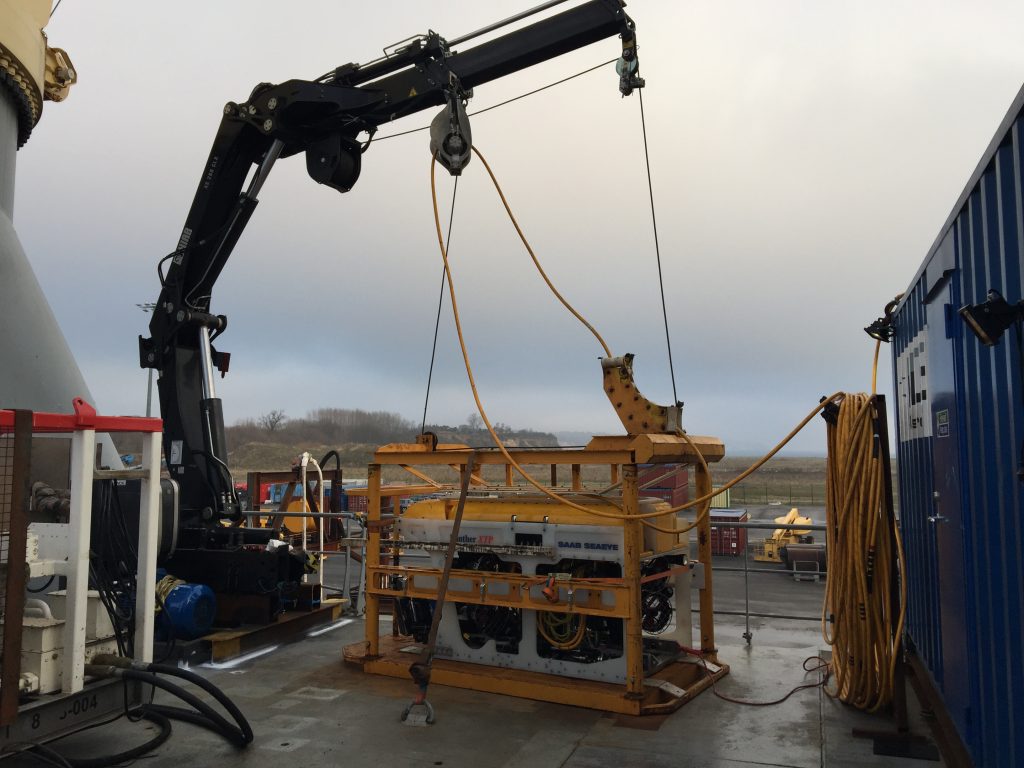 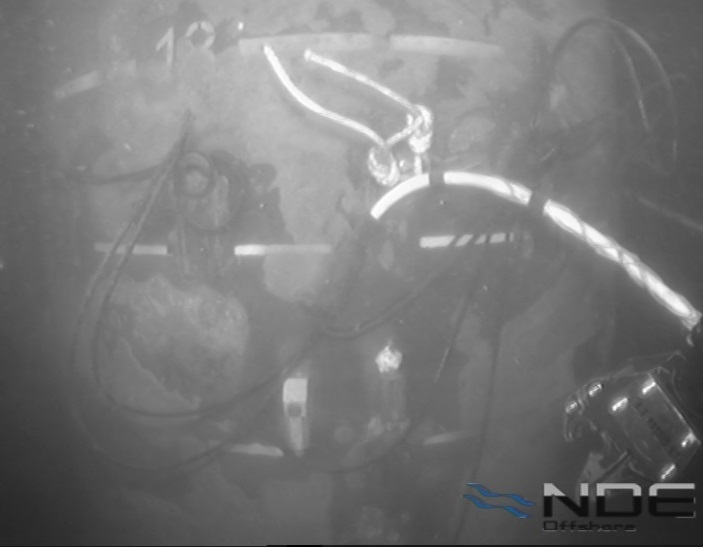 Photo 15 : Strain and Acceleration sensors on the pile Under Water

At 3:08 our monitoring specialist is checking the sensors. 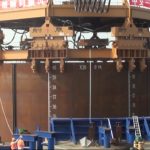 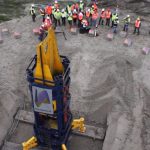 StatRapid measurements for mega wind turbines in Urk, The Netherlandsprojects