Until the mid 1980s the only alternative to Static Load Testing (SLT) of Deep Foundation Elements was High Strain Dynamic Testing (HSDT), generally referred to as Dynamic Load Testing (DLT). While DLT offers advantages over SLT (such as the short test duration), it also has clear disadvantages (especially for cast-in-situ elements) that are well documented. In the mid 1980s an alternative was developed, which is now known as the Rapid Load Test (RLT). This testing method incorporates the advantages of both SLT and DLT by applying a quasi-static load to the foundation element and soil. As more experience was gained with RLT (through the various systems that are commercially available), the confidence in this testing method increased, resulting in a Japanese, Australian and ASTM standard for this testing method that was first published in 2008 and a Eurocode that was issued in 2016. This paper will describe the various RLT devices that are available, the techniques for obtaining the quasi static pile/soil behavior from the test results, the RLT prediction and analysis methods, as well as the equipment required to monitor the test itself. All this will be illustrated by a description of RLT tests that were performed as test program for optimization of the foundation design and for quality control of the design and construction of working piles.

You can download the entire article here after entering your name and e-mail address: 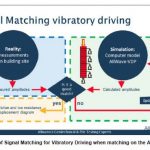 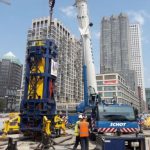