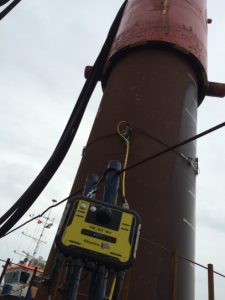 In May 2015 Allnamics performed Pile Driving Analysis (PDA) during the installation of the monopile foundation for The Wash Tide Gauge (WTG), near King’s Lynn, UK. Monitoring was executed using the PDR-system developed by Allnamics.

Monitoring was performed using Allnamics’ wireless PDR system. Because the pile head submerges at high tide, the pile had been instrumented with Under Water (UW) accelerometers and strain transducers to allow Pile Driving Analysis. These sensors and the associated sensor cables were mounted on the pile prior to transport to the job site. On the day the pile was driven into the sea bed, the PDR was mounted and connected to the sensors. The system recorded for each hammer blow all relevant data, incl. the transferred energy of the hammer, the stresses in the pile and the dynamic pile resistance. The testing campaign also involved subsequent analysis of the  End Of Driving (EOD) blow using signal matching in order to calculate the pile capacity. This signal matching analysis was performed with Wave Equation Analysis Program, the AllWave-DLT software, developed by Allnamics. 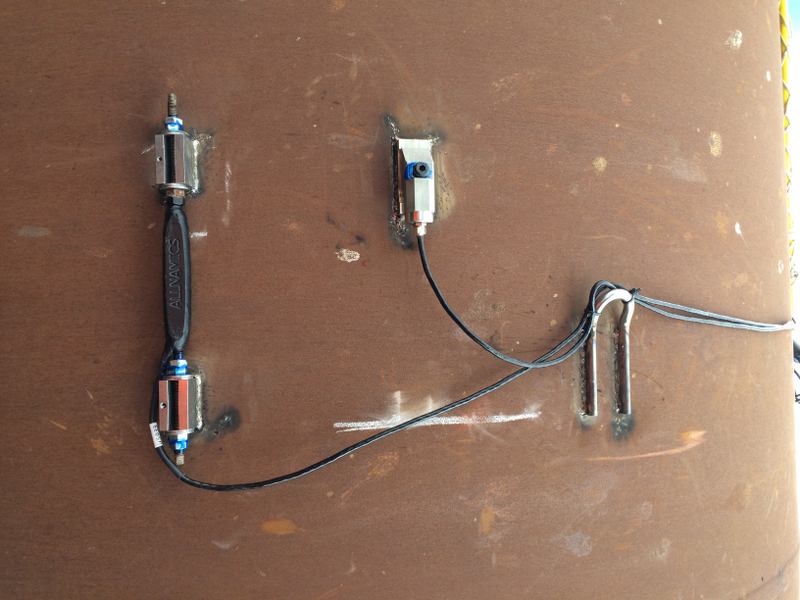 Photo 1 : The Under Water Strain Gauge and Acceleration Sensor 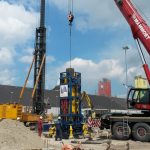 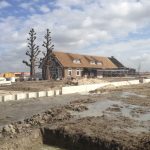 Vibration monitoring at a historic farmhouse in The Netherlandsprojects